Happy Thursday! Today we have an über creative session from the amazing talents at Alakija Studios. This couple went all out with their FOUR looks..yes FOUR! and they definitely blew it out the park. With a shoot this creative, there was no way we were passing up the opportunity to know more about the  bride and groom. So for your ooh-ing pleasure, we have included Toma and Akin’s love story…
Inspiration for the Shoot:

We wanted to feature our romance in various settings- at a farm, in the village, at a plane hangar and in the city.

For the farm setting, we drew inspiration from music videos like Dipo’s Be Your Man and Tiwa Savage’s Ife Wa Gbona. The original concept was for Toma to play a young village girl sweeping the floor of her compound while Akin the dashing bachelor comes to scoop her up. At the end, we just went with the flow and it turned out great.

At the Airplane Hangar, we channeled our best 007 impression. The idea was to be suave and sophisticated.

For our casual outfits in the city, we really just wanted to look as normal as possible since we had already gone all out with our previous looks.

How Did You Meet?

Groom: Toma and I officially met at Church! I sometimes led worship in church back when i lived in North Carolina. Anyways, I am very confident that I saw Toma checking me out a few times when I was on stage, a fact that she vehemently denies today. It wasn’t until I was planning another church event that we officially got introduced. It was around valentines day, and I was on a team planning a Youth program appropriately called ‘Love Feast’. I really wanted to have karaoke at the event, and found out that Toma had a karaoke machine at home (she’s a closet Celine Dion) .  Of course, my next mission was to get the karaoke machine from her.  It was with that little karaoke machine that this improbable journey got started. **FOREWARNING** – I have never blackmailed anyone for a date before. *runs and hides*

Bride: By now you’ve read Akin’s account of how we met- there are some fables in there but there’s not enough time to address them. Anyway, he borrowed my karaoke machine for his event but wouldn’t return it. He did send one apologetic email after another but… no machine. Eventually, my birthday arrived and I needed it back for my usual loud, off-key house party. I had no choice but to invite him so he’d bring my machine. He came, he observed, he rolled tape. Unbeknownst to me (and my rowdy friends), he recorded my singing. A few days after the party, he calmly sent me a youtube link that sent me into a tailspin! I begged him to take this footage down and he said he would trade me the video- for a date! (Akin, don’t deny this, I have the emails to prove it). No! I resisted, he insisted. He called, I was friendly yet evasive.  In increased efforts, he played guitar, and sang to me. In French. (I should get props for withstanding this onslaught). Eventually, he sent links to more of my bad karaoke. I caved.

In an uncharacteristic passive-aggressive manner, I planned the most platonic date ever- we went to a Duke grad student event followed by a movie night with friends (did I mention it was Aladdin, i.e his first ever Disney movie?).  Somehow, afterwards,  I listened to him and became intrigued. Being fiercely independent, I’ll admit it was difficult to give us a chance. We also knew we’d be embarking on a long distance relationship which would have been a deal breaker for me. But I heard God gently encouraging me to trust Him (and Akin) so I did and now, we couldn’t be happier 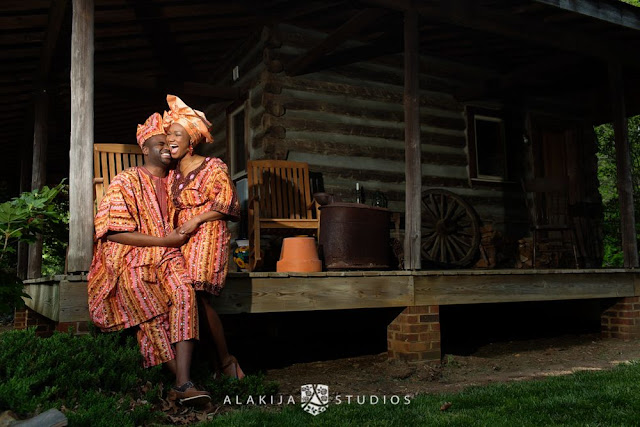 follow us >
This error message is only visible to WordPress admins

Error: There is no connected account for the user 297476251 Feed will not update.

24 Things I Love About You- A Valentine’s Day Special